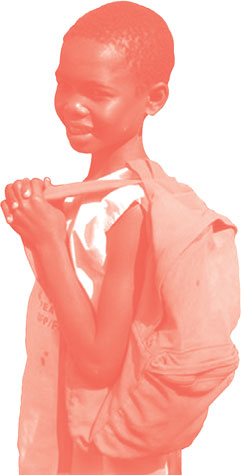 How It All Began

T The year was 2004, and the Democratic Republic of Congo had just emerged from the Great African War. From 1996 to 2003, unspeakable violence had swept through the Congo as seven surrounding countries joined the conflict on one side or the other, involving an area of central Africa larger than Europe.

The result was brutal killings, burned villages and whole communities hiding in the jungle for months, even years. Survivors were left with nothing: no home, little food, no infrastructure or medical care, and often no adults to care for the children left behind. In addition, AIDS was at a pandemic level, with no family untouched. Basic survival was barely possible.

In spring 2004, The Orchard EFC (formerly Arlington Heights EFC) sent a team from Illinois to Congo. They’d learned how the CECU (the Evangelical Free Church of Congo) was suffering and yet desired to be a witness of Christ’s love to its surrounding community. The Orchard team planned to ask leaders of the CECU about the most pressing needs, and then discern how God might be leading the two groups to join in partnership.

In Congo, orphans are cared for by extended family or by others in the villages. Yet these family members, often widowed grandmothers, are desperately poor, sometimes lacking the capacity to feed and clothe themselves. As a result, these children have little to eat or wear and receive no schooling or medical care. This had become a crucial concern for the CECU.

After returning to the United States, the team shared the challenges facing its Congolese sisters and brothers. These challenges captured the compassion and imagination of folks at The Orchard as they implemented their “World Impact Project” in spring 2005. The three-month project engaged people at every age level in the church—who responded in specific ways to make a significant difference in Congo.

“I don’t think there was anyone in the church who was not aware of what was going on,” remembers Dave Wardle, former missions pastor and now a ReachGlobal pastor to missionaries in Africa. “All over the church, every department from the pre-school nursery to the senior citizens participated in launching what would eventually become GlobalFingerprints.” 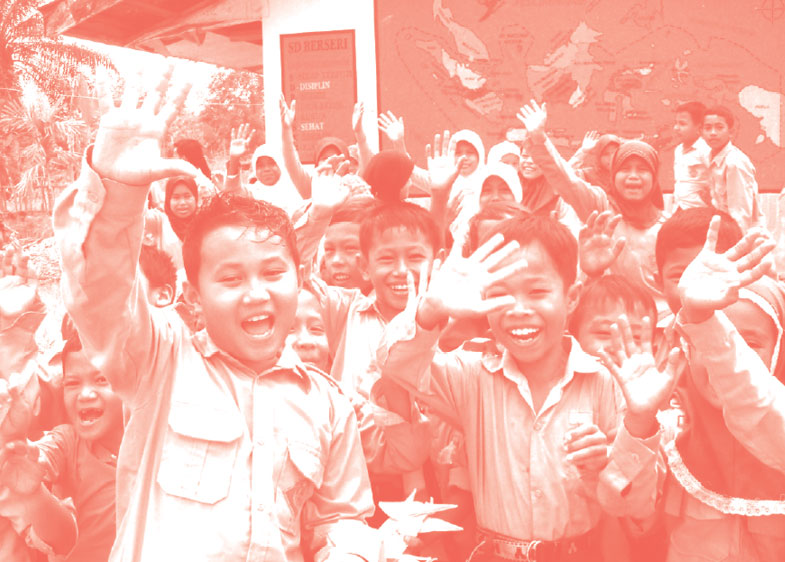 One tangible project that helped people in the church to embrace the idea of child sponsorship was the “Backpack Project”: A school secretary found a supplier to provide 500 red backpacks at clearance prices; children brought in school supplies; youth assembled and packed the backpacks; adult groups raised funds to sponsor 500 Congolese orphans (one for each backpack) and also provide seed money for ongoing sponsorship of others.

Church-wide fundraising brought in $180,000, helping supply many things needed to start the fledgling ministry: from training materials and motorcycles to satellite Internet access.

GlobalFingerprints was officially launched in 2006, after the necessary technology, supplies and training materials were shipped to Congo. What The Orchard could not provide, however, was the most important component to successfully minister to children in desperate need: the hands and feet of a local church. CECU was the critical partner here.

Through CECU, pastors in each village began identifying orphans in need. Congolese caseworkers ensured that each child was properly cared for. Local believers opened their homes to children without families. This CECU/The Orchard partnership set the stage for GlobalFingerprints to be launched in other areas of the world.

With this model, EFCA congregations of any size can share in a powerful, hands-on impact—impact that goes beyond an individual child to that child’s community. For example, 160-member Montrose EFC in northeastern Pennsylvania, sponsorship means partnering with a local church in Liberia whose vision includes starting Christian schools alongside multiple church plants.

Similarly, for 1,200-member Constance EFC in Andover, Minn., what started in 2008 with child sponsorship has expanded to a partnership with the CECU to dig wells for clean water, support a local hospital, and provide assistance to widows, orphans, unwed mothers and people with disabilities.

“Sponsoring a child helps people develop a generous heart,” says Randy Discher, senior pastor of Constance EFC. “I think that is why God wants us to care for orphans—to enlarge our hearts.”

Since GlobalFingerprints launched, the benefits have been threefold: powerfully touching sponsored children and their families; resourcing sister churches to care for children in their communities; and bringing healthy change to sponsoring congregations.

Rachel Bliss is a ReachGlobal missionary serving as an advocate for Indonesia and a mission mobilizer. She and her husband sponsor three children through GlobalFingerprints.