A Different Fingerprint in Each Region 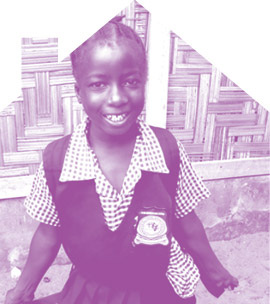 GlobalFingerprints planted its first-ever ministry in the Democratic Republic of Congo because of a tragic need: Orphans overwhelmed the community, many having lost their parents to civil strife or AIDS. Read about the genesis of GlobalFingerprints in “How It All Began.”

Even now, Congolese orphans seldom receive medical care or attend school. They are often taken in and used by other families to collect firewood or fetch water. Bouts with malaria lead to patchy school attendance.

“We began by providing extended family members with the capacity to help them support their children,” says GlobalFingerprints coordinator Jim Snyder. If no family is present, kids are moved into other good, safe home environments, and monthly visits by caseworkers lead to school placement and better nutrition.

One Congolese boy, Eyenga, has been given a second start in childhood. At 13 years old, he started first grade. Then, he began attending one of the local Evangelical Free churches and loved it.

“He told me recently that he would never miss going to church,” says coordinator Rachel Balia. “God has been so good to him that he has to go to praise Him. Eyenga loves to pray. His shyness disappears when he prays.”

When Eyenga struggled in school, his GlobalFingerprints family discovered he was deaf in one ear, so a private tutor now helps him learn to read.

This kind of personalized attention is improving lives in Zambia and Liberia, too, where the ministry team has drilled wells and started gardening projects. These initiatives create gathering spaces, and when groups of kids come together, ministry workers share what they know of God. 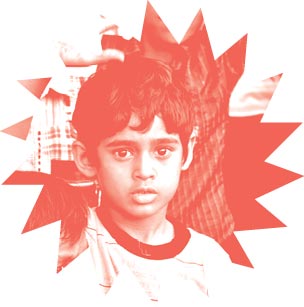 In India, where GlobalFingerprints began working in 2010, two needs affect many moments of life, every day: clean water and consistent food. When these needs go unmet, kids can’t focus on learning or even think about the future.

“Life in the village is day to day, with a focus on survival,” says Sharon Mall, coordinator for one of two GlobalFingerprints programs in India.

The GlobalFingerprints team built several wells in the area that plunge 1,000-1,300 feet into the ground to draw up healthy water not polluted by arsenic. Both children and the community partake. For food, sponsored kids receive bags of rice for their families. In a culture where children are commonly treated as servants, these benefits elevate a child’s standing within the home, thus gaining him or her safety and respect.

With bellies fed, learning becomes more possible. To meet educational needs, one church-planting pastor (who’s actually taken up residence on the outskirts of the slums) built a gathering space that serves as a one-room schoolhouse. Sponsorship dollars also pay the fee for school uniforms and school transportation—seemingly small factors that can become big barriers to enrollment. 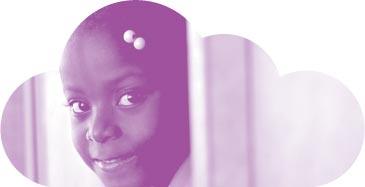 In Haiti, a similar hurdle keeps kids out of the classroom: Families have to pay tuition up front, in full, at the beginning of the school year. Some parents end up paying tuition for one student and sending all of their children, one at a time (the average Haitian mother has seven). Others can’t afford to support their children at all, so kids end up in orphanages.

GlobalFingerprints sponsorship dollars help these children both go to school and stay in the home by covering tuition costs, supplying food and securing medical attention, as needed.

The caseworkers who visit families and report on needs also benefit: They’re given a monthly payment for their services—no small gain in a country where unemployment is as high as 92 percent.

“It’s creating a system where even Haitians can see opportunity,” says Steve Spellman, who helped get the Haiti ministry off the ground in July 2012. 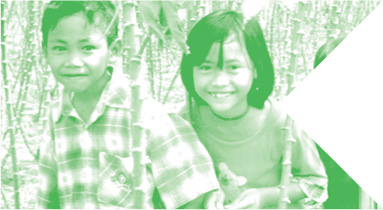 In another corner of the world, the ministry takes a different shape in response to the spiritual climate of the area. The gospel can’t be spoken freely here, requiring a sensitive, creative approach.

Inside one Muslim country where Christian charity is actually considered child abuse, work is slowly, carefully beginning. GlobalFingerprints workers can’t even directly address kids’ needs, because Muslim households would forbid the Christian help. In fact, they don’t even use the name GlobalFingerprints.

These workers get to know children through a local outreach aimed at increasing literacy—a truly life-bettering mission when many don’t continue education past second grade. GlobalFingerprints workers meet with children in the homes of “reading hosts” and build relationships over books.

This work is slow, and gratification is far from instant. “This is not the kind of thing where somebody will sponsor a child and then they’ll hear in a year that they’ve come to Christ,” Rachel Bliss explains. “It takes a long time; it takes a lot of patience; it takes a lot of preparing for the seed to be sown.”

Learn about the process GlobalFingerprints takes to determine which children are most vulnerable in a society.

Caroline Eberly is a writer and editor with Journey Group in Charlottesville, Va.