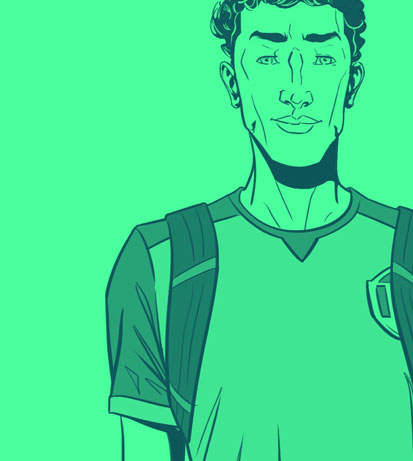 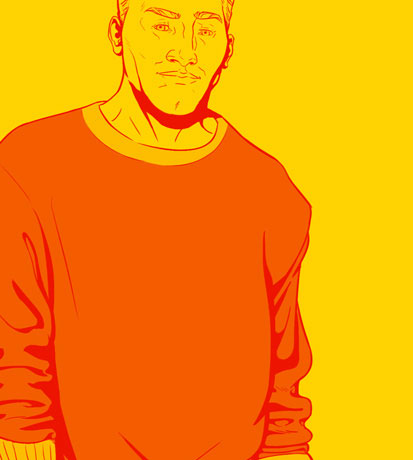 How will we harness millennials' angst, energy and great hope?

“Adulting.” It’s a phrase that businesses like All-State Insurance and T-Mobile have latched onto in their marketing to target a particular segment of the population. The Urban Dictionary defines adulting as “to do grown up things and hold responsibilities such as, a 9-5 job, a mortgage/rent, a car payment, or anything else that makes one think of grown ups.”

Scroll through your Facebook or Instagram feed, and you may come across a hashtag or meme claiming, “Adulting is hard.” I am guilty of conveying the sentiment recently at Home Depot while shopping for carpet.

Who uses the term adulting? Millennials—the nearly 80 million young adults born in the early 1980s through the late 1990s. Is becoming an adult for us so different than it was for baby boomers and Gen Xers that it merited a new word?

The answer, in fact, is “yes.” Cultural and economic forces have led to a noticeable psychological shift in young adults, making adulting a popular term to describe their increasingly common experience.

Not all millennials use the term adulting, though. It seems to be more common among a particular subset of the millennials: emerging adults.

In the 1990s, psychologist Jeffrey Jensen Arnett studied this psychological shift by interviewing hundreds of young adults. He concluded, “Longer and more widespread education, later entry to marriage and parenthood, and prolonged and erratic transition to stable work have opened up a space for a new life stage in between adolescence and young adulthood, and ‘emerging adulthood’ is what I have proposed to call that life stage.”

1 in 5 millennials raised in a faithtradition are currently unaffiliatedwith any faith tradition.
— Pew Research Center

Emerging adults are those 18- to 29-year-olds who have not yet made what Arnett calls “enduring choices” like settling into a career or a marriage.1 They exhibit common characteristics: exploring their identity, experiencing instability, desiring time to focus on themselves, feeling in-between, and brimming with optimism and hope.

Legally adults, expected to act like adults, but not readily identifying themselves as adults … no wonder they’ve adopted adulting to so aptly describe themselves.

Currently, all emerging adults are also millennials. But all millennials are not emerging adults. Take me, for example. Born in late 1980, I’m sometimes considered a Gen Xer; however, I often think and act more like a millennial. I’ve long been out of emerging adulthood, though—married more than a decade with two children and the purchase of about 10 major appliances under my belt. In fact, I’m more likely to roll my eyes than empathize when I hear someone complain about adulting.

While the lifestyles and living spaces of older, more settled millennials like myself might differ from those of emerging adults, the two groups’ worldviews—and spiritual values—can be similar.2

I’m probably not the norm: I’m actively involved in church and even hold an M.Div. degree. I want to integrate my faith into every facet of my life. For emerging adults, though, religion “is just not that important to most of them,” according to sociologist Christian Smith, author of Souls in Transition: The religious and spiritual lives of emerging adults.

For many emerging adults, Smith adds, “the best thing about religion is that it helps people to be good, to make good choices, to behave well.”

The 2010 Pew Research Center report, “Millennials: A portrait of generation next,”3 claims that about one-in-five millennials who say they were raised in a faith tradition are currently unaffiliated with any faith tradition. Translate that to the church, and quite a few emerging adults who were raised in your congregation have walked away from the church and possibly the faith.

Elder generations need to stopcomplaining about “kids thesedays.” Instead, equip them for faithfulkingdom work.

Instead of writing off an entire generation, the Church must consider why millennials are walking away, and pay attention. We must listen to millennials, seeking to understand their perspectives and offering correctives when necessary. Could millennials’ view of religion shine a harsh but needed light on “the way things have always been done”?4

At the same time, millennials need to listen to the Church—a Church that authentically proclaims and embodies the beautiful, sometimes paradoxical, truths of Scripture; a Church with a history; and a Church full of wise elders who have wrestled with their own doubts and theological questions amid the cultural changes that shaped their youth and emerging adulthood.

The Church needs the elder generations—the “silent generation,” boomers and Gen Xers—to stop complaining about “kids these days” and instead equip them for and model faithful kingdom work.

Yes, adulting can indeed be hard. But the Church also needs millennials to get over adulting, grow up and take responsibility for partnering with God in His redemptive mission. Christians, regardless of their age, must work together to proclaim, in word and deed, the power of the gospel.

1 Authors in this issue will use the terms somewhat interchangeably as they refer to the broader group of millennials, yet the two cohorts are not one and the same. Some individuals whose age places them in the millennial generation would consider themselves adults rather than emerging adults due to their life stage and life choices. ↩

2 “Is God Preparing a Spiritual Awakening Among Millennials?” by Mike Breen, May 18, 2015, Discipling Culture blog. ↩

4 My husband has a poster in his office that reads: “Tradition: Just because you’ve always done it that way doesn’t mean it’s not incredibly stupid”—or, in the viewpoint of millennials, completely irrelevant. ↩

Meryl Herr, 35, earned her Ph.D. (Educational Studies) and M.Div. from Trinity Evangelical Divinity School. After finishing her MDiv, she served as a pastoral fellow at Christ Community EFC in Leawood, Kansas. She now lives in Grand Rapids, Michigan, where her husband pastors at First Evangelical Covenant Church. Meryl leans into multi-careering by working as a mom, writer, educational consultant and research consultant.