The power of ordinances in the church By David V. Martin 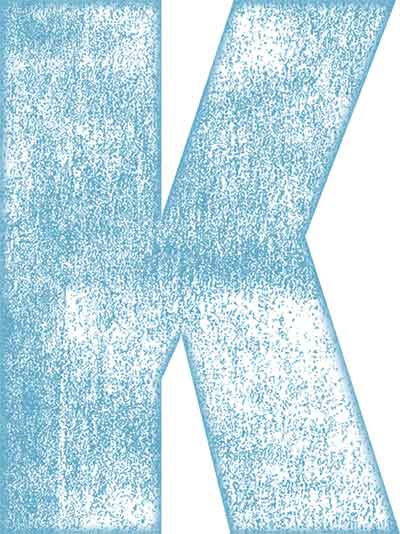 Kelly, a nonbeliever, felt alone in a sea of Christians at the Maundy Thursday church service. Her husband, a believer, had wanted to attend because it was a communion service, celebrating the last meal that Jesus shared with His disciples. It was a way to remember all that Jesus had done for him, he explained. Unexpectedly, Kelly decided to attend.

Celebrating communion tightens believers’ bonds to Christ, and celebrating together tightens their bonds with each other. But there was Kelly, on the outside, listening to the pastor explain how the bread represented Christ’s body and the wine (juice) represented His blood—blood poured out so that the sins of everyone in the room might be fully and freely cleansed.

Kelly knew she needed that cleansing. She had been trying hard to be a good person and a good wife, but she also knew that she regularly failed. That evening Kelly understood—for the first time—that what Christians called “salvation” was completely free, as simply received as the bread and wine of communion.

That evening, communion became the concrete illustration Kelly needed to help her understand the gospel.

Kelly is my daughter-in-law, now a child of God and a passionate believer in Christ. She was transformed by God through what some might consider a routine observance of the church, and one not usually considered evangelistic.

That she would come to faith in Christ in a communion service may be surprising, but it shouldn’t be, since the ordinances—communion and baptism—are both beautiful pictures of the gospel. Yes, Kelly had been tenderly prepared for that moment by a friend who had been guiding her through a study of the Gospel of John, but she made her definitive commitment to Christ as the result of a faithfully explained communion service.

Baptism and communion (or the Lord’s Supper) are called ordinances because they were ordained or mandated by Christ Himself to be observed by His followers. As always whenever God ordains something, it is for good reason. Or perhaps better said, the reason is for good—our good. Even the commands we know of as the Old Testament Law were, as Moses reminded his fellow Israelites, “for our good” (Deuteronomy 10:13).

We in the Evangelical Free Church do not typically see ourselves as “sacramentalists”—those who believe that the grace of God (or God Himself) comes to us through the material substances used in the worship practices of the church (e.g., water, bread or wine).

But just as some Christian groups may be guilty of overstating what happens in communion and baptism, others (like ourselves?) may be guilty of stripping away some of the benefit God has intended. We do that by paring down the ordinances to a hurried and only symbolic action without appreciating their realness, richness and beneficent effect upon our faith.

My own faith, for instance, has been “confirmed and nourished” (as we say in our Statement of Faith) by the ordinances. For instance, when I came to see my baptism (as a teenager) as the moment in which I concretely declared my faith in Christ, I became less dependent on vague, inner feelings for confidence that I was a believer.

When I later struggled with personal assurance of salvation, it helped to look back to my baptism and remind the devil (and myself) that I had, indeed, publicly declared my acceptance of and desire to follow Christ.

However imperfectly I may have actually followed Him since then, the event acted as a “stake in the ground.” Even now as I recall my baptism, I am reminded that I am a washed son of God, immersed in the poured-out Spirit and the still-growing body of Christ, risen to new life in Christ, and fully clothed in His righteousness.

How wonderful is that! Christ obviously knew what He was doing when He ordained baptism as the way for new believers to tangibly express their faith in Him.

When I receive communion, I now receive it as though I’m receiving Christ Himself, declaring to myself and whoever might be watching that I am saved by receiving (ingesting) the Bread of Life alone. There is no other Bread except Christ. I live only by Him.

My receiving Him in the bread and wine is a way of reaffirming my absolute dependency upon Him alone. So, though I have been baptized only once, I receive communion often.

In our solemn practice of the ordinances, may we as a church experience not just commands to be fulfilled or routines to be followed so that we can “check them off.” Instead, may we experience the engagement of our spirits, minds and bodies in the greatest gift the world can receive: the gift of living in and through Christ alone.

David Martin is director of the EFCA GATEWAY Theological Institude for the Eastern District and a member of the EFCA Spiritual Heritage Committee.

Previous Article Lowercase C or Uppercase C?Next Article Do We Understand?
Issue Do I Need the Church?