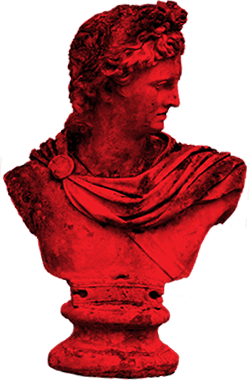 Guilty or Not Guilty?

When I cannot resolve injustice, what can I do?
by Brycen Marner

Several years back I found myself as foreperson on a jury, standing before a judge to affirm a unanimous not-guilty verdict in a rape and kidnap case. Though we all felt the defendant was guilty of something, according to the very specific wording of his charges we could not convict beyond reasonable doubt.

As I thanked the attorneys involved, the prosecuting attorney informed me through tears that the man was on trial for another rape, but that fact was inadmissible pre-conviction. I left the whole situation shaken emotionally but also with less compassion for those charged with crimes.

That began to shift three years later, when our church planted the Kulture—a ministry to unreached urban culture youth. Since then, I have ministered to many students with legal issues, some stemming from their fault but almost all tinged with injustice.

One such legal issue brought me along a journey with a young man I will call Fred, who faced an accusation of first-degree robbery. Assigned a public defender (because he had no money), Fred sat in county jail for 15 months while the courts bumped his trials and the defender ignored messages from Fred’s mom and me.

Finally, four days before the trial, I met with the defender. This led nowhere, and soon we were sitting in the courtroom, jury waiting in the wings. The defender informed Fred that the prosecuting attorney would pursue only a 10-year sentence if Fred pled guilty, but 20 years if it went to trial. He told Fred that he thought he had little chance of winning, leaving us to discuss things with Fred from our seats 20 feet away, while the prosecution loudly “tested” the audio of their 911 recording.

The implication was clear: “Here you go, young man. Pick: Ten years of your life or 20. But hurry up, we don’t want to waste too much of people’s time.”

Fred took the 10 years, though he never once claimed anything but innocence in our conversations. His mother was allowed one handcuffed hug before they shipped Fred to a penitentiary with no visitors for up to a year.

“Lower-income defendants are all guilty of something, so we may as well convict.” Really?

Many of my Christian middle-class friends tried to convince me that he was probably guilty anyway. I have had Christian lawyers tell me that lower-income defendants are all guilty of something, so we may as well convict.

Really? This is justice? After my first court experience, I shared some of their cynicism, but once I’d observed the injustice of our “guilty until proven innocent” system for the poor, I could no longer hold these views.

I am a Christian, but I am not a lawyer. I cannot fight this injustice the way someone in the justice system can. Nor can I resolve the heartaches of all the victims. Yet I can hear the words of my Savior and His claim that “I was in prison and you came to visit Me” (Matthew 25:36).

“Visiting”—following Jesus’ example—doesn’t stop with people in jail. In the ministry of the Kulture, I meet many young people who seem to have a lot of drama in their lives by choice, but as I and other leaders visit them in their pain, we find many injustices at the root: fatherlessness, sexual abuse, racial biases in employment opportunities and a neglect of early education that places them behind from the start.

Visiting the hurting in their pain then drives me to heart-tenderizing compassion and healing actions that ultimately reveal the hope of Jesus Christ both for them and for me. Guilty or not? Not my call. I am called to be there.

Brycen Marner is associate pastor of Salem EFC in Florissant, Missouri, where he leads a holistic youth and young-adult ministry called the Kulture.