Letter From the President

The EFCA’s Roots, and My Own

Am I willing to live out these foundation stones?

As EFCA leaders, we must ask ourselves this question. If I can’t commit to each stone, then I shouldn’t be asking others to do the same.

I was abiding in Christ when I found out about my son’s cancer in 1999, and I trust the Holy Spirit’s power to keep me in that posture as I lead the EFCA.

Each day I run to the Word of God for truth, wisdom and leading. “Where stands it written,” was a vibrant conviction for the early leaders of our movement, and it still guides us now. As a leader, I begin each morning with Scripture, allowing its pages to illuminate my life.

In 1969, I gave my life to Christ because of small-town Minnesota Christians who were committed to Great Commandment and Great Commission disciplemaking. They understood the centrality of the transforming work of Christ and passed it along to me. It stuck with me as I became a lead pastor and then director of the ReachGlobal Africa Division, and today as president of the EFCA.

I am committed to multiplying transformational churches among all people and raising up an entire generation of disciplemakers because that’s the mission and vision of God. In the words of our late friend and colleague Jeff Sorvik, we must have a “hand-back/hand-forward” mentorship, and I wouldn’t be where I am today without those who poured into my life.

I’m so grateful for this community known as the Evangelical Free Church of America—where I get to live out my faith with other believers, unified by essential doctrines and allowing charity in nonessentials.

May we be a denomination that knows its identity and returns to its roots—not to remain in the past, but to propel the EFCA forward as we continue to have an impact on the world with the good news of Christ. 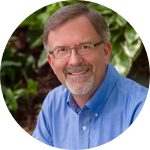